Certainty of Death. Small chance of success…. What are we waiting for? -Gimli, Lord of the Rings & Personal Mythology 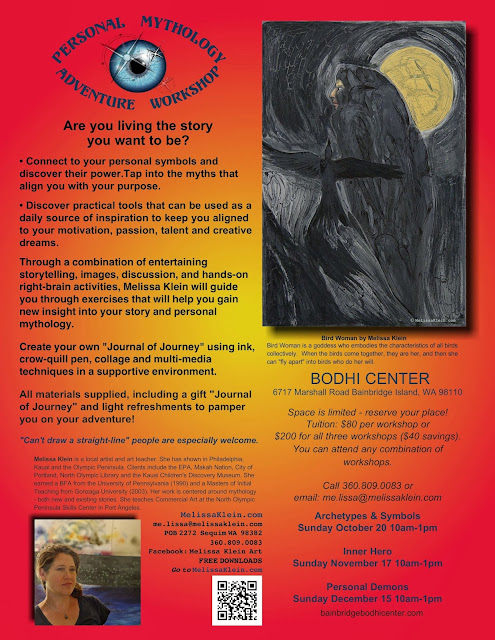 "CERTAINTY OF DEATH. SMALL CHANCE OF SUCCESS... WHAT ARE WE WAITING FOR?"  -Gimli, Lord of the Rings

I've been thinking about how people are "triggered" and how to overcome those triggers. A trigger can be defined as anything which causes someone to either over-react or under-react because of a past experience or trauma that reminds them of something or someone with which they had a unpleasant encounter.

For example, when an older man asks me to do secretarial things for them like make copies, get coffee, phone calls that they could make themselves - then I feel triggered. Why? Because in my first years out of college, I worked as a secretary in an advertising agency. My boss was very good, but there was this older guy who kept trying to co-opt me into being his secretary. He was a freelancer, but he felt like I should do all of this stuff for him that was his job. And that I should also be sexually available for him as well!

I was scrambling to keep up with a very heavy workload and working 80 hours a week. I resented him, his 3 hour lunches and the fact that he probably made several times the amount I did… "Can you get me a cup of coffee, hon?" Just watch the steam come out of my ears.

Now sometimes, there is nothing unreasonable about a request "Can you call X and make an introduction for me?" - and it has nothing to do with the current situation. What is real. Now.

But when triggered, it's basically fight or flight. Lash out with a "No! You loser, I won't do that!" or stuff it, shut up and do it, seething with resentment or find ways to avoid it "forgetting" to make the call that was agreed on at the meeting. None of these things are healthy responses - and none of them deal with the reality of NOW.

It's all about resiliency. Letting go of past experiences, gaining wisdom and then using that knowledge to deal with the present without getting bogged down in the baggage. How to overcome obstacles in a way that is beyond empty affirmation "If I just wish for a million dollars hard enough, then it will happen! If I don't get the money, then I just need to wish harder! And it will come to me! I'm not going to do anything beyond wishing!"

Tolkien wrote "Lord of the Rings" to give the English people a modern mythology or rather a mythology. England didn't have a mythology. She had been wracked by two world wars, and had lost most of two generations of young men. People felt hopeless. He identified a new villain - the one of mechanization and mass production that harmed the environment. A faceless wizard that was only a great eye watching everything.

While Lord of the Rings is a fantasy, every time that I see it, what's striking is how relevant it is to modern times. Take away the window dressing of elves, dwarfs, sword fighting, medieval armor, magic etc. and the parallels are striking. Leaders who are corrupted. Heroes who have lost their direction. Fighting between factions when they should be joining forces against a common enemy. Plans that go awry. Companies that destroy the environment and faceless corporations who use the government politicians as pawns. During these times of political fighting and government shut down, we are embroiled in conflicts while on the brink of major environmental disaster which is already creating severe climate changes. Our land and water are polluted. That's the real threat.

While there are these realities to contend with, Tolkien also offers hope. The bonds between friends and family. Holding onto what is most dear in life - those we love. The simple pleasures of good food and drink. Every contribution is valuable, even by the very small and seemingly unimportant. And that it's possible to overcome great odds.

Most of all, not giving up. When Gimli utters the words "Certainty of Death. Small chance of success…. What are we waiting for?"  While he's acknowledging the reality of what they are facing by going to the gates of Mordor, he still has hope. In spite of the odds, Gimli is resilient. "This Emotional Life" by PBS defines resilience as "...the capacity to adapt successfully in the face of threats or disaster. People can improve their capacity for resilience at any time of life."

Even naturally resilient folk such as hobbits can be overwhelmed as Frodo was by the burden of the ring. How do they get through? Friends and community, or in Frodo's case: Sam.

How to cultivate resilience?

Emmy Werner, who started a land-breaking longitudinal study on of all of the children born on Kauai in 1955 studies resiliency and protective factors. Their lives are followed to this to this day. Some children were born with high-risk factors - poverty, birth trauma, learning disabilities, divorce etc and yet, one out of three, lead happy and productive lives... She identifies a set of protective factors that helped children who were born into adverse conditions not only survive, but thrive. These fall into three basic categories: personal qualities, protective factors in the family and in the community. Personal qualities include a curiosity about learning, achievement and the ability to reach out to others and bond. Protective factors within the family is having an extended network of people to "recruit" surrogate parents such as grandparents, aunts, uncles etc. And in the community it also meant that the child had the ability to reach out for support from neighbors, teachers and elders who are available. This study has been replicated in other countries with similar findings.

These are all things that we can do at any age.

Resiliency is the opposite of triggered. Resilience is the being a part of a community and having support to do what is best. Resilience is the difference between overcoming seemingly insurmountable odds and giving up. The steward of Gondor gives up and look what happens to him - nearly burning his son alive and then jumping, burning off the cliff of the city. The message is clear.

And they call Lord of the Rings, fantasy...

• Connect to your personal symbols and discover their power. Tap into the myths that align you with your purpose.
• Discover practical tools that can be used as a daily source of inspiration to keep you aligned to your motivation, passion, talent and creative dreams.

Through a combination of entertaining storytelling, images, discussion, and hands-on right-brain activities, you will be guided through exercises that will help you gain new insight into your story and personal mythology.  Create your own "Journal of Journey" using ink, crow-quill pen, collage and multi-media techniques in a supportive environment. All materials supplied, including a gift "Journal of Journey" and light refreshments to pamper you on your adventure!

PS - I'm not triggered anymore by requests for coffee


This program is generously hosted by the Bodhi Center.  For more information, contact Melissa Klein, at 360.809.0083 or me.lissa@melissaklein.com or go to www.melissaklein.com

The Bodhi Center is located at 6717 Marshall Road, Bainbridge Island, WA 98110. Additional workshops in series will occur on Sunday, November 17 (Inner Hero) and Sunday, December 15 (Personal Demons) both from 10am to 1pm. Tuition is $80 per workshop, or $200 for all three workshops together (a $40 discount). You can choose to attend any combination of workshops, but it's best to attend all three to get the most benefit. Space is limited, so call or email to reserve your spot and "Journal of Journey" that accompanies the workshop.

Posted by Melissa Klein Art at 9:34 PM No comments: